Go ahead and order that drum kit, as noise-cancelling wallpaper may not be too far away.

Scientists have found that when they mount tiny sections of moth wings onto a hard surface they are able to absorb up to 87 per cent of the incoming sound waves.

The research team at the University of Bristol initially discovered that the unique scales on moth wings absorb echolocation calls used by bats.

The sounds they absorb are all in a frequency too high to be heard by humans, so further work is required to lower the range of absorption to be utilised practically.

But in future, we may be able to mimic this noise-cancelling wing texture on the outside of buildings to absorb traffic noise, or to could reduce the weight of planes.

Professor Marc Holderied from the School of Biological Sciences, said: ‘Moths are going to inspire the next generation of sound absorbing materials.

‘New research has shown that one day it will be possible to adorn the walls of your house with ultrathin sound absorbing wallpaper, using a design that copies the mechanisms that gives moths stealth acoustic camouflage.’

A close up image of a moth’s wing showing a scale on the surface. These absorb echolocation calls used by bats to find prey, and effectively hide them from their predator 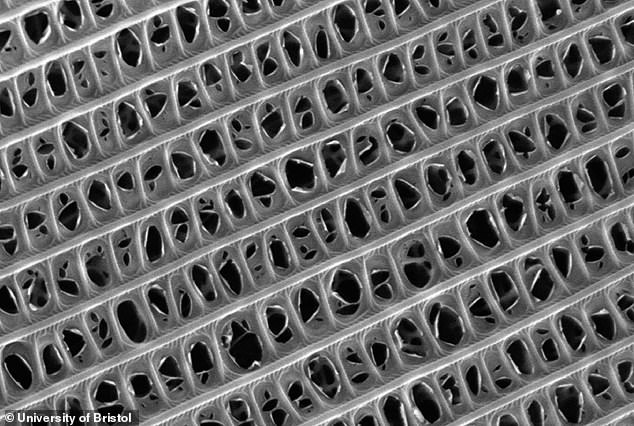 A close up image of a scale found on a moth’s wing, showing its unique ribbed structure 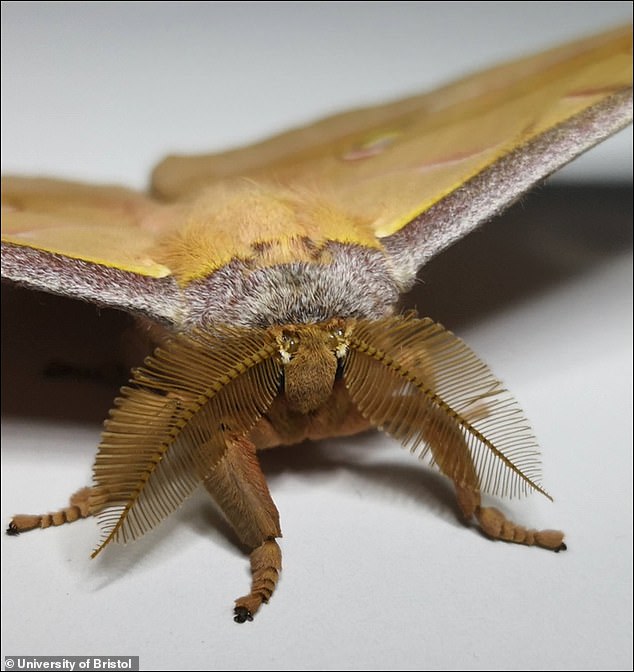 Moths are under huge predation pressure from bats and have evolved a plethora of defences in their strive for survival, including their unique structure which absorbs echolocation calls

Bats hunt at night using echolocation, where they use sound waves and echoes to determine the location of their prey

Scientists from the University of Bristol discovered in 2020 that the scales on the moths wing act as sound absorbers, making them almost invisible to their nocturnal predator

Male hawkmoths are also known to rub their genitals against their abdomens to give off a high-pitched, ultrasonic squeak which scares away some bats 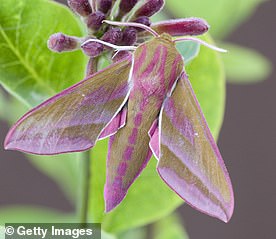 Bats evolved the ability to ‘see’ in the dark using echolocation about 65 million years ago.

Echolocation is where an animal emits a sound that reflects off nearby objects, enabling it to create an image of its surroundings in low lighting and find food.

Moths are under huge predation pressure from bats and have evolved a plethora of defences in their strive for survival.

The British scientists discovered in 2020 that the scales on the moths wing act as sound absorbers, making them almost invisible to their nocturnal predator.

They proceeded to study whether the wing’s structure could be utilised on sound-absorbing panels when not moving in free space.

Professor Holderied said: ‘What we needed to know first, was how well these moth scales would perform if they were in front of an acoustically highly reflective surface, such as a wall.

‘We also needed to find out how the mechanisms of absorption might change when the scales were interacting with this surface.’

The scientists adhered small sections of the moths wings on an aluminium disc before systematically testing its absorption ability.

Sections of wing were tested with and without the scales attached, to both the upper and lower wing surfaces.

They looked at how sound absorption was affected by the wing orientation with respect to the incoming sound, and by the number of wing scale layers used.

It was revealed today, in journal Proceedings of the Royal Society A, that the wings absorbed as much as 87 per cent of the incoming sound energy, even when mounted on an sound-absorbent substrate.

The noise cancelling effect is also broadband and omnidirectional, covering a wide range of frequencies and sound incident angles.

Lead author Dr Thomas Neil said: ‘What is even more impressive is that the wings are doing this whilst being incredibly thin, with the scale layer being only 1/50th of the thickness of the wavelength of the sound that they are absorbing,

‘This extraordinary performance qualifies the moth wing as a natural occurring acoustic absorbing metasurface, a material that has unique properties and capabilities, that are not possible to create using conventional materials.’ 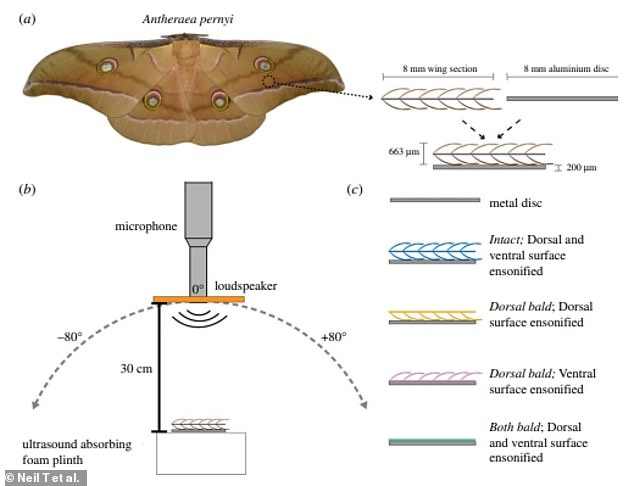 a: Location of wing samples taken from the moth species Antheraea pernyi for tests. b: Experimental set-up for characterising the angular distribution of sound reflection of wing samples and metal disc. c: Sections of wing were tested with (intact) and without (bald) the scales attached, to both the upper (dorsal) and lower (ventral) wing surfaces 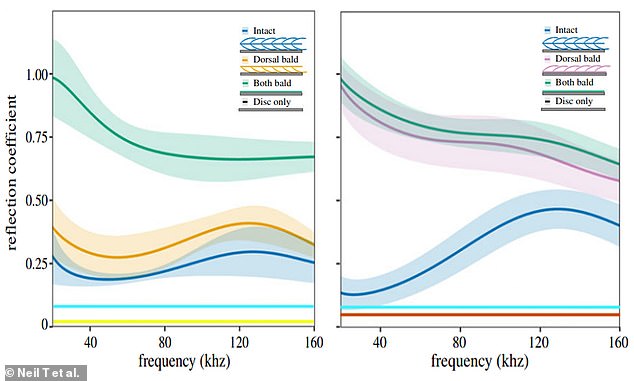 The research opens doors to utilising the wing texture to create ultrathin sound-absorbing panels that could be mounted on the outside of buildings.

Noise pollution is the second largest environmental cause of health problems, just after the impact of air quality.

As cities get louder with global population growth, there is a growing need for efficient and non-intrusive soundproofing solutions.

Additionally, they could be used in noisy modes of transport like cars and aircraft cabins to reduce their weight, and therefore fuel usage and carbon emissions.

Further research from the Bristol scientists will involve creating prototype materials with a texture based on the sound-absorbing mechanisms of the moth.

The absorption that they have characterised in moth wing scales is all in the ultrasound frequency range and above that which humans can hear, the lowest being 20 kHz.

The next challenge is to design a structure that will work at lower frequencies whilst retaining the same ultrathin architecture employed by the moth.

This reduced the distance a bat would be able to detect a moth by almost 25 per cent, increasing its survival chances

Moth hairs are actually scales ‘that resemble hairs’ and look structurally similar to the fibres used in soundproofing technology, the research led by Bristol University said 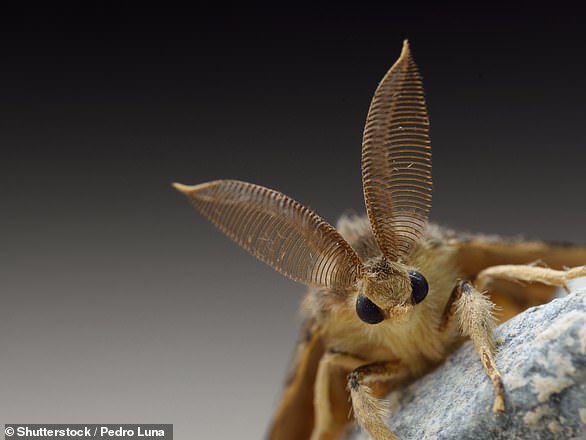 British scientists discovered in 2020 that the scales on the moths wing act as sound absorbers, making them effectively invisible to their nocturnal predator