Sentai Filmworks announced on Tuesday that it has licensed the television anime of Shinkoshoto‘s My Isekai Life: I Gained a Second Character Class and Became the Strongest Sage in the World! (Tensei Kenja no Isekai Life: Daini no Shokugyō o Ete, Sekai Saikyō ni Narimashita) light novel series. HIDIVE will exclusively stream the anime as part of the summer simulcast season. Sentai Filmworks will release the anime on home video at a later date.

The anime will premiere on the AT-X channel on July 4 at 8:00 p.m. (7:00 a.m. EDT) with a one-hour special airing of the first two episodes. The anime will also run on the Tokyo MX, BS NTV, and BS Fuji channels, as well as on Abema and other streaming services in Japan.

The story centers around Yūji Sano who works at a company that is harsh on its employees. After bringing some overtime work back home, he gets a message on his computer: “You have been summoned to an alternate world!” It is a game-like world, complete with status bars and skills. Yūji tames a slime monster and thus becomes a tamer. Then, he suddenly attains a second profession — sage — and awakens magical powers within himself. Yūji’s alternate world adventure begins when he follows a slime, that seemingly weakest of all monsters. 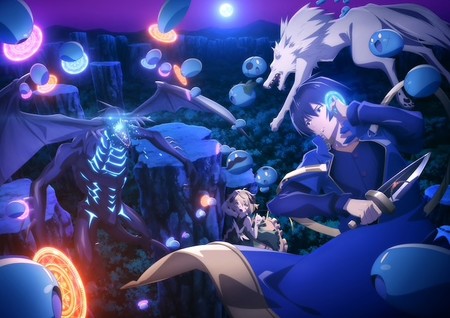