Joanna Jedrzejczyk of Poland reacts after losing to Zhang Weili of China in the women’s strawweight bout during the Ultimate Fighting Championship (UFC) 275 event in Singapore on June 12, 2022. (Photo by NICHOLAS YEO / AFP)

Jedrzejczyk returned following a two-year break and was felled by a spinning back fist by Zhang Weili in the second round of Saturday’s bout. She then took off her gloves and told UFC analyst Daniel Cormier in her post-fight interview that it was her last bout.

“I’m retired,” Jedrzejczyk said. “Thank you so much for the support. … It’s been 20 years. I’m turning 35 this year. I want to be a mom. I want to be a businesswoman. I’ve been training two decades, more than half of my life. I appreciate you all. I love you guys.” 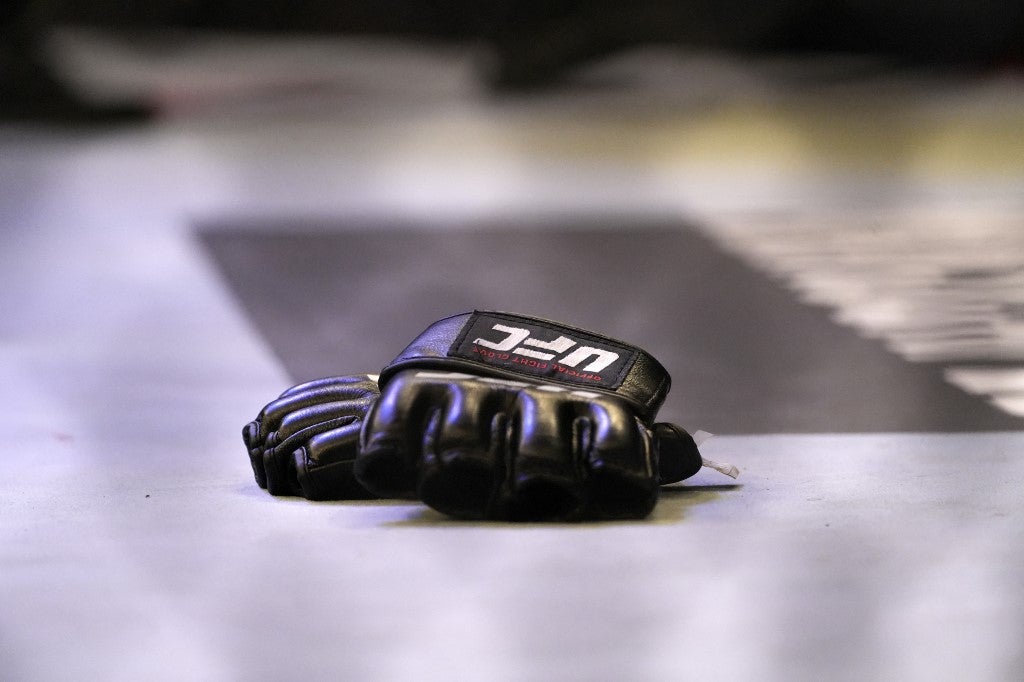 A pair of gloves belonging to Joanna Jedrzejczyk of Poland is seen left on the floor after Jedrzejczyk lost to Zhang Weili of China in the women’s strawweight bout during the Ultimate Fighting Championship (UFC) 275 event in Singapore on June 12, 2022. (Photo by NICHOLAS YEO / AFP)

The Polish fighter told reporters at the UFC 275 post-event news conference that she didn’t enter the fight with retirement on her mind.

“No, it was just in the moment, but I’ve had it in the back of my head,” Jedrzejczyk said. “Maybe there was one day, maybe like a year ago, if something happened I might retire because I’ve been in this business for the last 19 years. Lots of investments from myself. It’s time to fully enjoy my life.”

“I approach so much and honestly I haven’t had the time to think about how big my legacy is. I’m a hard worker, and I always dedicated myself. I give as much as I can, and I get as much as I can in the same way, but now it’s time to fully enjoy it.”