IPL E-Auction Live: IPL updates – Board of Control for Cricket in India (BCCI) President Sourav Ganguly is extremely proud of the Indian Premier League (IPL). The southpaw went on to reserve the biggest praise for the T20 league. He said that it is more valuable than even English Premier League (EPL). Follow IPL E-Auction Live Updates with InsideSport.IN.

IPL E-Auction Live: Why Ganguly feels IPL is more valuable than EPL – The BCCI President feels IPL’s success has been the unconditional love and support of the fans.

“I’ve seen the game evolve, where players like me earned a few hundreds and now have the potential of earning crores. This game is run by the fans, by the people of this country, and by the BCCI, which was formed by cricket fans.

This sport is strong and will continue to evolve. The IPL generates more revenue than the English Premier League. It makes me feel happy and proud that the sport I love has evolved to become so strong,” said Ganguly at India Leadership Council Event while speaking to Deepak Lamba, CEO, Worldwide Media, President, Times Strategic Solutions Limited.

IPL Media Rights Tender – With IPL Media Rights Auction still on, Indian Premier League has already set a BIG RECORD. As per the latest info coming in from the BCCI, the IPL Per Match value in the e-auction has crossed the 100 Crore per match value mark. With this IPL has overtaken Premier Leauge, Major League Baseball to become 2nd Costliest Sports Property in the World:

The BOARD is up for WINDFALL. Already in the 1st HALF of IPL E-AUCTION, Bids have crossed 43,000 Crore mark.

Package A and B are on BLOCKS first. All the bidders are bidding from the confines of their own premises. The primary fight is between Disney Star vs Sony Network vs Reliance Viacom18. 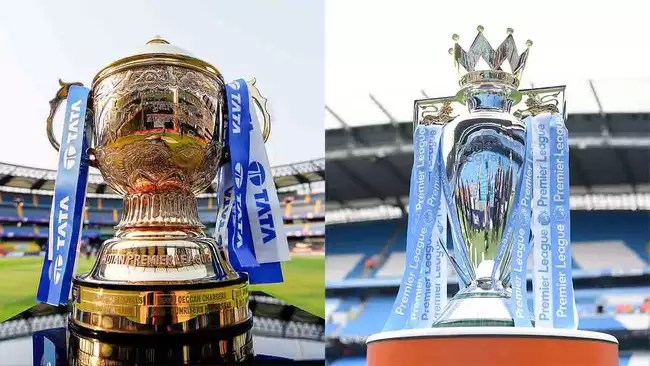 The BIG DAY for the BCCI and the Indian cricket has started delivering results. The BOARD is up for WINDFALL. The 1st Day of the BIDDING will end at 6 PM. Bids have crossed 43,000 Crore mark (USD 5.5 Billion). Package A and B got on BLOCKS first.

According to the latest info with InsideSport, Package A is currently at 23,000 and Package B of Digital Rights for India is at 20,500 Crore. The primary fight is between Disney Star vs Sony Network vs Reliance Viacom18 for the BROADCAST RIGHTS.

The other contender in the fray ZEE is bidding for the Digital Rights and competing with Hotstar & Reliance Jio (Viacom18).