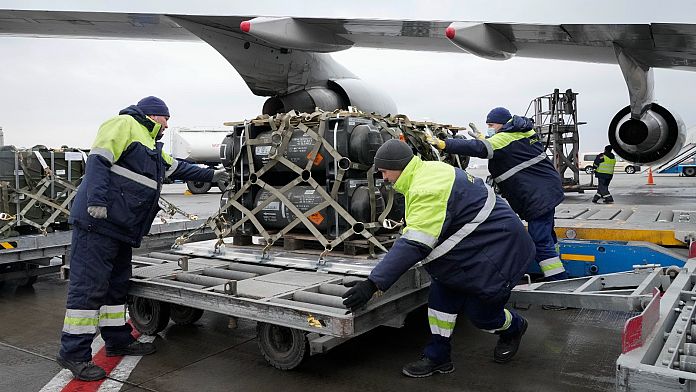 US President Joe Biden has asked Congress for further support to strengthen Ukraine’s fight against Russia, while the President of France has pledged to send more military and humanitarian aid to the country.

The United States, along with a number of other countries, have sent aid, weapons and other military equipment to Ukraine since the Russian invasion began on February 24.

Earlier in the week, the US Air Force said the US pledged about $ 2.6 billion in security assistance to Ukraine. Other Western countries have also committed and continue to promise aid to Kiev.

In a phone call to Volodymyr Zelenskyy on Saturday, President Emmanuel Macron said France will step up its military and humanitarian support for Ukraine.

The United States, France, the Czech Republic and other allies have supplied Kiev with hundreds of long-range artillery pieces to help counter the Moscow offensive in the eastern Donbas region.

Macron insisted on “his desire to actively work during his second term to restore Ukraine’s sovereignty and territorial integrity”.

He also mentioned “the readiness of France to contribute to an agreement that provides security guarantees to Ukraine,” the Elysée said.

The amount of military material from the West flooding Ukraine has prompted the Kremlin to say that NATO countries are preventing a solution to the war.